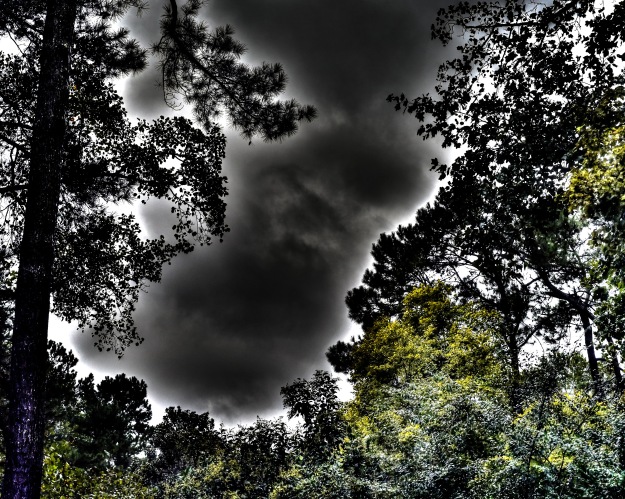 In addition to the ravages of Tuesday night’s storm, we learn that its work of destruction was far more widespread and complete than we had anticipated. The loss of life becomes more and more fearful, the number of wounded is greatly increased, and the destruction to property almost incalculable. The force of the storm at Rockingham was upon a small hamlet, called Philadelphia, about two miles from the former place, consisting of about 20 houses, mostly inhabited by colored people. Of those every-one was blown to the ground and with these and others in the vicinity 40 houses were completely destroyed.

At Concord, in Cabarrus county, the storm was very severe, doing much damage to dwellings, stores trees and fences, but fortunately no lives were lost, although there were several remarkably narrow escapes. In the neighborhood of Pioneer Mills, in the same county, however, the storm was terrible and the work of destruction appalling. Nearly every house in that locality was demolished; many persons were seriously injured, and one colored woman was killed. All the trees in that neighborhood were blown down, and fences were scattered in every direction.

Near Lillington, in Harnett County, Mrs. Reuben Matthews, Mr. Merritt Overby, his wife and two sons were instantly killed, while another son of Mr. Overby was so seriously injured that his recovery is extremely doubtful. All of the houses on Mr. Overby’s premises were destroyed, as were all of those upon the premises of Messrs. John McDonald and John C. Upchurch in the same neighborhood.

At Wadesboro in Anson County, the damage was comparatively slight, although the wind blew with great violence. In other portions of the county, however, the devastation was terrible. We hear of five persons having been killed, and several wounded, while the destruction of buildings, trees and fences was very great. There remains hardly a building standing in the vicinity of Brown Creek, and on Mr. Wm. Little’s plantation 28 of the 30 houses were blown down. Two houses caught fire after they were wrecked, but the torrents of rain which were falling at the time soon extinguished the flames.

At Monroe, in Union County, the wind was fearful and the rain poured in torrents, but the damage was not great. In other portions of the county, however, the storm made fearful and fatal havoc. In Lane’s Creek Township, every house on the plantation of Mrs. Jane Broom including her residence, was blown down and Mrs. Brown was seriously and her daughter mortally wounded. Every building on the Widow Philmon’s place was destroyed, but with serious results to no one. The same may be said of the buildings on Mr. Buck Horton’s place, with the addition that himself and every member of his family were more or less seriously hurt. At Mr. Lewis Krimenger’s every building was destroyed, and his sister severely injured. The cows, geese, and chickens were killed. John Bivens, col., living on Mr. G. D. Allen’s place, had everything destroyed and himself and family were blown to the woods. Their clothing was torn from them and their hands and faces lacerated. At Mr. G. Allen’s every building was destroyed, and Mr. Allen and one child slightly injured. The geese and chickens on the yard were killed. Mr. Marley Griffin’s house was blown down and burned up, and MR. Griffin it is feared is mortally wounded.

In Goose Creek Township in the same county, the scenes above described were repeated. The storm began its work at Mr. Andy Fowler’s, everything was swept clean –houses, timber, fences, &c. Mr. Andy Fowler, dwelling destroyed; Mr. Jas. Fowler, kitchen blown down; Enoch Morgan, col., house blown down; H. M. Price, roof of house blown off; J. W. Pressley, house blown down; J. M. Guin, smoke house destroyed. Every house on Mr. Newton Presson’s premises was destroyed. After passing Mr. Presson’s it went through the plantation of Mrs. A. A. Price, blowing down one house; then Mr. Eli Rushing’s, where it unrooted his house; thence to Mrs. Sally Medlin’s, where it destroyed her buildings; thence to Jennie Tomberlin’s, where it destroyed her house, the inmates being injured, but we could not learn how severly; thence to Mr. Andrew Hargett’s where it completely laid flat all his buildings, consisting of one double dwelling house, smokehouse, barn, crib, and grain house. Jacob Mullis’ house, next in its tract, was blown away; thence to Mr. Robert Rushing’s, where it blew down abd burned everything he had except some clothing; it next stripped a house belonging to Mr. Jackson Mullis; passing on it blew Mr. Aaron Little’s house down the joist; then to Mr. Joseph Hager’s, where it blew once house down; then to the lands of MR. C. Hagler, where it destroyed all his building; thence to Mr. J. B. Tarlton’s where it blew down and carried away his buildings, consisting of one two story dwelling, barn, crib, shop, &c, then passing on it destroyed a house belonging to Mr. Samuel Mullis; it next blew down an outhouse and stable belonging to Mr. John Love; next the house of Mr. John Tarlton was blown down, and Dossey Williams’ house was blown down and burned.

At Winnsboro S. C., the storm was the severest ever known. Trees were uprooted by the hundreds and fences were demolished in all directions. At a small settlement thirteen miles from Winnsboro, the storm struck with terrific force completely demolishing fifteen houses, killing three negroes, names unknown, and an aged white lade named Mrs. Sterling, besides wounding several others severely. The house in which Mrs. Sterling resided was torn all to pieces. At the time the blow came her son and daughter were in the house with her. They were both blown out of the house and lodged in a large tree that was standing in the yard, escaping with severe bruises. Their aged mother was crushed to death in the falling timbers. The damage and losses about Winnsboro are calculated by the thousands.
Capt. Frank Lanier, lineman for the Southern Telegraph Company, reports that as he passed Woodward’s on the Charlotte, Columbia & Augusta Railroad, the remains of a negro man and his wife had just been extricated from the ruins of their demolished cabin. – Their bodies were terribly bruised and the mashed and their death must have occurred instantly.

A dispatch to the Florence, S/ C. Times says that the cyclone struck Darlington about 11:30 p. m. and demolished three houses, killing 4 outright and 15 wounded very seriously. Among the housed destroyed were R. W. Boyd’s, Mr. and Mrs. White’s, Mr. Chas. Edwards’ and several tenement houses occupied by colored people. Mr. and Mrs. White, an aged couple, Mr. White being paralyzed and Mrs. White blind, were found dead after the debris was cleared away. Tom Swinton ad Wm. Swinton’s wife were also killed outright. Mr. Swinton and daughter were fatally injured and are not expected to survive. Mr. R. W. Boyd was seriously injured and his son, Master Willie Fountain, who were the only occupants of the house, were slightly injured. The scene is one of wild confusion, the dead and dying are all over the town, and he wounded are being cared for.

In speaking of the terrible work of death and destruction near Rockingham, the Rocket says:

Wednesday morning we visited the scene of devastation, and revently we say, God grant that our eyes may never behold such another heart-sickening sight! The track of the cyclone was on an average about a quarter of a mile in width, and in its tract not a thing was left standingexcept the small shrubbery, and that was stripped of every limb and branch. Among the fallen trees and timbers of houses could be seen the dead ad mangled bodies of men, women, and children, while the eye could see in every direction, the carcasses of horses, cows, hogs, dogs cats, chickens, and even birds. Hanging on the bushes were shrouds of clothing, bedding, shoes, &c., which had been scattered by the tempest. It was a sight which can never be erased from the tablet of memory. Horrible! Yet ‘twas the hand of God that guided it.