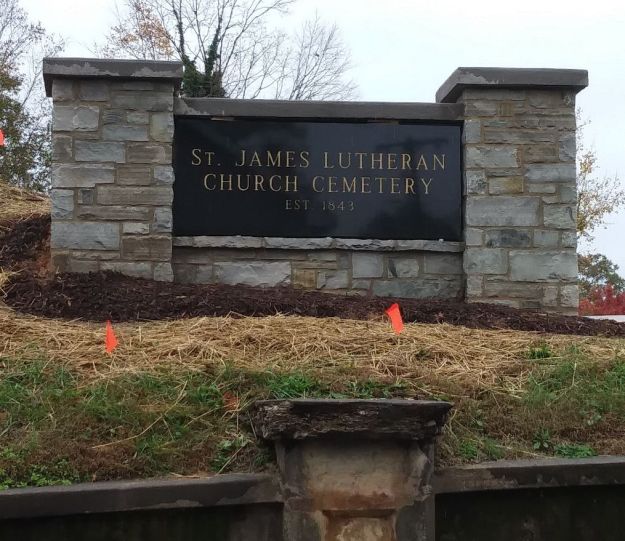 WHEELS UP IN 30 …Anybody who watches the TV show Criminal Minds knows what I am talking about. But dang, I never thought I would ever use the phrase in writing about family history.  However, I have just learned that a few graves from long ago in Cabarrus County were horribly robbed. Will the victims end up being your family? Mine? If you’ve ever wondered if crazy bad things happened in the past, I can assure you that they certainly did. And if you are at all squeamish about gory things, this just may be the time to change the ole bat channel.

On 14 May 1857, and as appearing in The Daily Journal (Wilmington NC), the following is written about Cabarrus County.

“The people in the neighborhood of Concord, in this state, are very much excited by the discovery of an outrage which one would have thought impossible in this “nineteenth century.” At least, no one would have looked for the delusion and fanaticism which instigated it.

General Means, of Cabarrus county, received information that the graves of two children whom he had recently buried, had been robbed. He hardly believed it; but to be fully satisfied, he had an examination made, when it was found that both the bodies and one of the coffins were gone. Suspicion attached to a sort of Watchmaker and Quack Doctor, named Nugent, who had been a resident of Concord for some six months. He confessed the fact, not only of having taken up the bodies of Gen. Means’ children, but of fourteen others. He was so overwhelmed by the universal outbreak, and the fear of violence, that he died last week of fright’ at least, such is the opinion, as a post mortem examination revealed none of the effects of poison, nor any other cause of death. He said he took up the bodies to get oil  from them, having a theory that oil from a human liver was good for the liver complaints & c. After securing the oil, he was in the habit of burning the flesh and bones up; Gen. Means was shown where the ashes of his children were, and upon examination, some teeth and part of a skull were found.

A man named Baugus, a shoe-maker, has been lodged in jail at Charlotte, as being implicated.

It is one of this horrid, half-craze affairs, that belong to another age, but will sometimes appear in a manner, out of season. Nugent and associates must have been illiterate persons.”

This is not the sort of story one may wish to hear about family though looking at this from what we see today, I wonder if the lives of Gen. Means little children have been lovingly remembered?  Note that General William C. Means and family are buried at the Old Lutheran Cemetery in Concord where you would think a marker once identified his two children. They were victims and yet Find-a-grave, Geni, and Wikipedia say nothing about family who died in 1857.

And even in the case of such mentally deranged acts, family history continues. Hopefully, a place can be found in the future for sharing the lives of innocent people like this who should be recognized.  Isn’t that our goal?  And what about all the others whose resting places were criminally disturbed in this instance? This story certainly impacted more than just the Means family of Cabarrus County. In closing, the same story was retold in the Charlotte Democrat on 12 May 1857:

We learn that great excitement has prevailed in the neighboring village of Concord during the past week, caused by the discovery that several children, who died recently, had been disinterred  and their bodies removed.

There are a hundred rumors in circulation about the affair. After comparing the conflicting stories together, we make out the following statement of the case.

A quack doctor known by the name of Nugent, applied to a man to assist him in taking up a child that had been buried a few days before. The man made the request known, and intimated that two little girls , daughters of a very respectable gentleman residing in the vicinity, had been removed from their graves by this man Nugent for the purpose of extracting medicinal properties from their flesh and bones. To ascertain the truth of the rumor, the father had the graves re-opened, and found the coffins and bodies missing. Of course, this created deep sensation, and we are informed that it was determined to inflict summary punishment upon Nugent; but on visiting his house he was found very sick and in dying condition.  One report says that he took poison learning that his operations were known to the public -and another, that he died from a disease contracted from frequent handling of decomposed bodies.

Nugent died on Wednesday last. He made a statement before death, to the effect that he had exhumed about sixteen dead bodies in Concord and elsewhere, and after using them (for making medicine) he burned the flesh, coffins and everything, to prevent detection. His ash pile was examined and teeth and bones found therein.

His theory appears to have been that a medicine could be made by boiling the liver of a human being, that would cure liver complaint; and so with regard to other diseases. We learn that Nugent was from Forsythe county, and had been living in Concord about two years. He once lived in this town [Charlotte] we are informed engaged in selling peppermint and cinnamon drops. Before he died he gave the names of three or four of his accomplices, one of whom, a white man named Bogus, was arrested in this place last week and committed to Jail.

What the fellow did with the medicine he has been making, no one knows. We heard some one say he had agencies in Salisbury and Goldsboro, where one or more of his accomplices reside. Those persons who ae in the habit o buying and swallowing every kind of nostrum offered to them for the cure of diseases internally and externally, will take a hint from the above.”