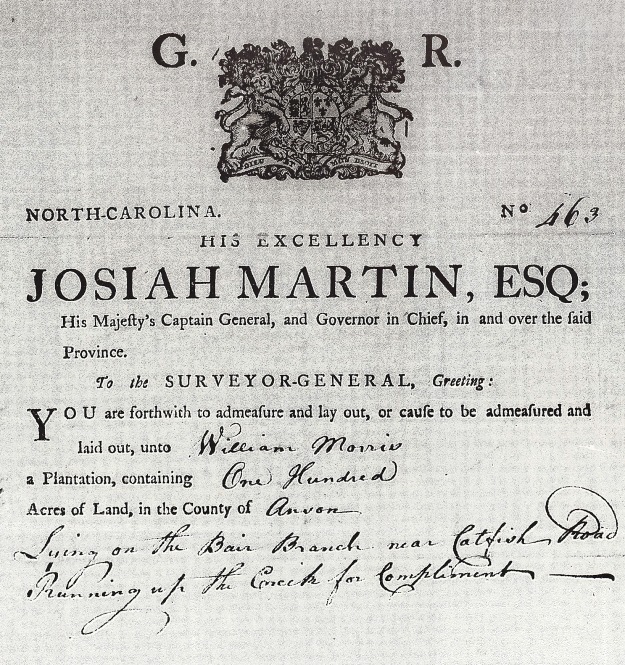 In preparing for the next post I’ve just now discovered a big mistake in my last post. Looking through research going back to the 1990’s, an assumption was made by me in the interpretation of supporting documentation on my page dedicated to life of Benjamin Thomas Junior. The same information has been folded into the last post in this series on William Morris. 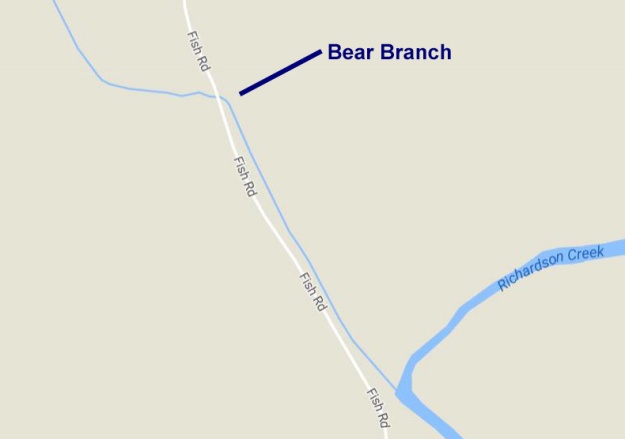 In the 1760’s through 1772, William Morris moved from old Dobbs County to Anson (now Richmond) where he lived upon land on Hitchcock Creek. Then, in 1774, the fact that William Morris received the above land grant on “Bair Branch near the Catfish Road. ” Like anyone else with knowledge of upper Anson County, it was clear as a bell to me that this was land in upper Anson County The implications were that the William Morris living upon Hitchcock on the east side of the Pee Dee had moved to land on Bear Branch on the north side of Richardson Creek. Looking at the present day topography maps, you’ll see that Bear Branch takes off to the north of Richardson Creek and is trailed and crossed by a road now called “Fish Road.”!!! Catfish road and fish road on Bear Creek more than 200 years apart! 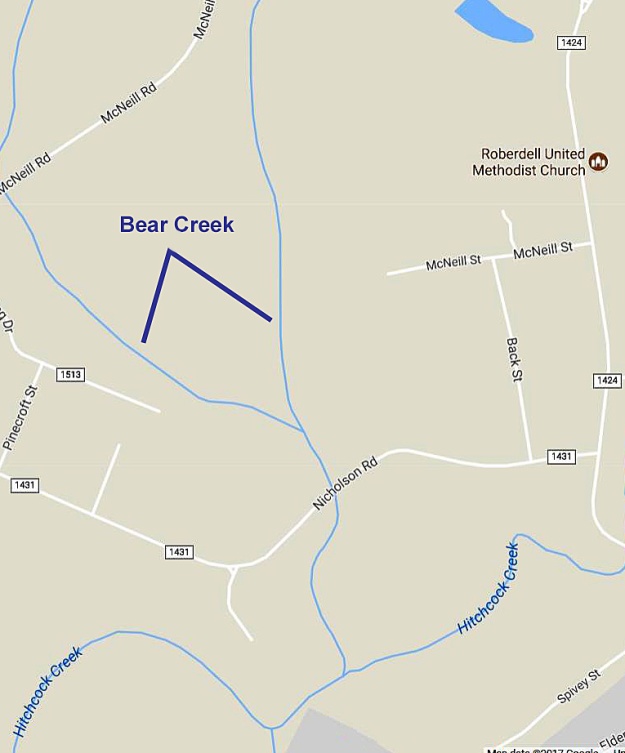 Looking further at surrounding deeds for Bear Creek, I noticed that neighbors like Jonathan Lewellen and Nathaniel Williams maintained land holdings near both William Morris and Bear Creek. Appearing with William Morris in Edward Morgan’s writings on the Baptist church at Hitchcock Creek, I had assumed that they too eventually migrated to upper Anson to live upon Cribbs and Lanes Creeks. Believing it verified the records as I had interpreted on William Morris, it’s true that Nathaniel Williams and members of other families including that of Jonathan Lewellen made the move to upper Anson. However, the Bair Branch in William Morris’ 1774 grant IS NOT a branch of Richardson Creek and is not located in Upper Anson County! Instead, I’ve just learned that Bear Creek is a branch of Hitchcock Creek (below) and is located in the present day community of Roberdell in Richmond County. It’s this location where William Morris received and land grant in 1774.

At this point I’ll move on with the story of William Airley Morris. We’ll look at other the beliefs written by others and of further chapters of this story I believe to be written in error. You’d think it’s not a big deal, but every little thing we get wrong has exponential impact reaching out beyond family in ways unimagined.