In 1778, Salathiel Clifton sought to receive 3 land grants in Anson County. The first was located on Richardson Creek at the mouth of Gourdvine creek (image above). The other two tracts were situated to the east on Swon’s branch of Brown Creek. These latter grants were issued in 1779 as the winds of war pivoted south. 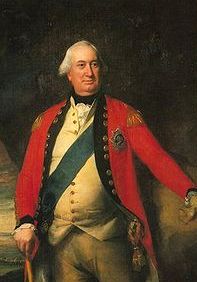 It became clear in 1780 that Lord Cornwallis’ growing reach into the Carolina back-country had to be halted. During late summer of that year, General Horatio Gates led his Maryland Continental line along with troops from Virginia through North Carolina before setting up a base camp at Mask’s Ferry on the west bank of the Pee Dee River. A retired British general, Gates had a proper understanding of warfare and was therefore tasked with the defeat of Lord Cornwallis. Correspondences from General Gates illustrated his concerns with the poor conditions and lack of military hardware provided in North Carolina:

Camp Masks’ Ferry West side of Peedee
3d August 1780
Sir
I have not received any answer to the Letters I had the Honor to write Your Excellency from Hillsboro. Since I joined the Army upon Deep River, my Distress has been inconceivable, of which the enclosed Copy of a Letter of this Days Date to Governor Nash will Convince your Excellency. I wish I could say the Supplies from Virginia had been a reproval to North Carolina. I am ashamed to say, their Backwardness rather countenances, than disgraces, their Sister State. What can the Executive Councils of both States believe will be the consequences of such unpardonable Neglect. I will yet hope your Excellency is doing all in your Power to supply your half starved Fellow Citizens. Flour, Rum and Droves of Bullocks should without Delay be forwarded to this Army, or the Southern Department will soon want one to defend it. It has rained furiously for several Days, and our Militia are still without Tents; therefore I expect Desertions and the Hospital will speedily leave Genl Stevens without any Command. I wish I could present your Excellency with a more pleasing Account of the Public Affairs this Way, but the Duty I owe to the United States obliges me to represent Things truly as they are. Colonel Harrison of the Artillery has been severely wounded in the Leg by a kick from a Horse, which splintered the Bone; he was left at Buffalo Ford on Deep River, and I am this day informed, is worse than when I parted from him. As the Time of his Recovery is uncertain, I beg the favor of your Excy to acquaint Lt. Colo Carrington that it is my orders he forthwith join this Army. I would also request your Excelly to order One Hundred Copies of the enclosed Proclamation to be immediately struck off and sent me by the Return of this Express.
I am, &c
H[ORATIO] G[ATES]

It was in this environment that Salathiel Clifton joined the cause as Captain of troops likely raised in Anson County. Can you imagine what it would have been like? Settling with others in a great migration from northeast North Carolina, the landscape in Anson County must have been crawling with a mix of trained troops and rag-tag farmers both weary and itching to do battle. And just after 2 weeks from the above written letter, a great battle was on. Salathiel marched under General Gates to Camden SC where Lord Cornwallis handed the American’s their greatest defeat. Horatio Gates’ expectations were not realized as the ill-prepared troops lined face to face with the well-oiled British fighting machine. And as alluded to in the movie “The Patriot,” a new kind of hit and run warfare grew from this defining loss known as the Battle of Camden:

There were few if any grants issued in the ensuing years thick with war. It wasn’t until October 1782 that Salathiel Clifton received his grant for 100 acres on Richardson Creek at the mouth of Gourdvine Creek. And downstream along Richardson Creek, Michael Austin, Gideon Green and Benjamin Thomas were issued adjoining tracts (see below). 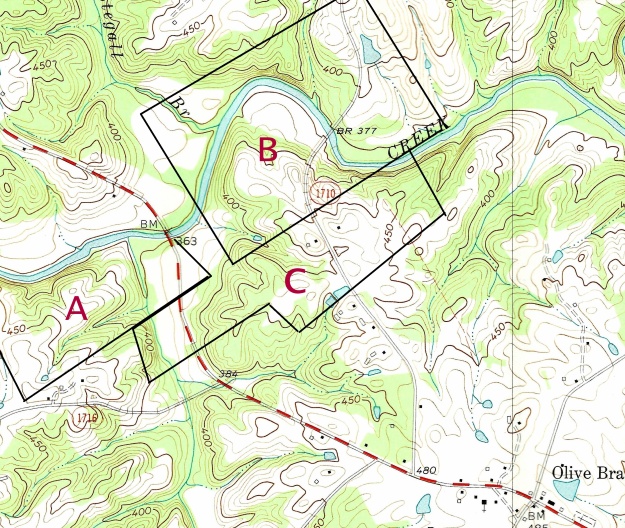 To my knowledge there are no further records for Salathiel Clifton. No deeds of sale and no estate or court records as a fire in the 1860’s burned the Anson County courthouse. So maybe Salathiel died. And maybe he moved or his land was sold by the sheriff due to unpaid taxes. At any rate, this land at the mouth of Gourdvine Creek would change hands many times and in ways I barely understand.

Being the heart of where my ancestor settled, I’ll begin a dedicated study of land with this, my starting point.