In the past few posts I’ve identified the THOMAS lands in upper Anson County, raised the possibility that our ancestor Benjamin Thomas may have somehow been related to a Jacob Thomas who also owned nearby land in Anson, and identified a possible path back to a Thomas family whose DNA matches ours and whose story in Wake County overlooks a clue to Jacob Thomas in Anson. As the search light has yet to be focused on the life of Jacob Thomas in Anson County, let’s go there before offering a conclusion based on the findings. 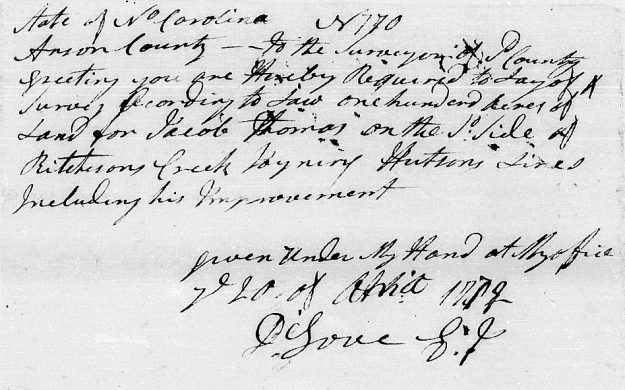 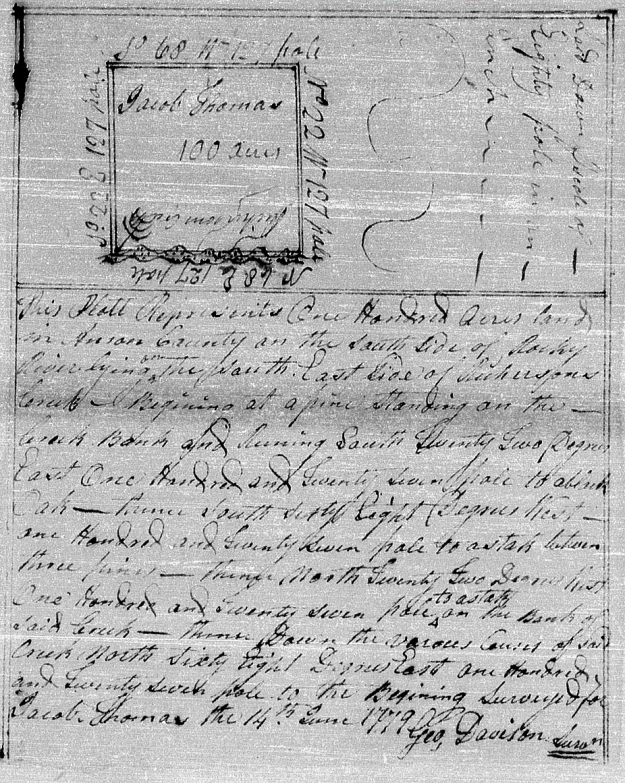 The land was near the present day crossing of Hwy 742 around what’s called Green’s or Hudson’s branch and adjoined or was near the lands owned by Joachim Hudson, William Morris, William May, John Wright, Asa Baucom, and William Curlee. The chain bearers for this grant were Joachim Hudson and Thomas Gilbert. There’s no other land or court record for this Jacob Thomas and he may appear in record only one more time. In the 1790 Anson County census, a Jacob Thomas is enumerated next to Frederick Taylor as 1 male over 16, one male under 16 and 3 females. He’s not near Benjamin Thomas and is his location cannot be readily gleaned from the census. 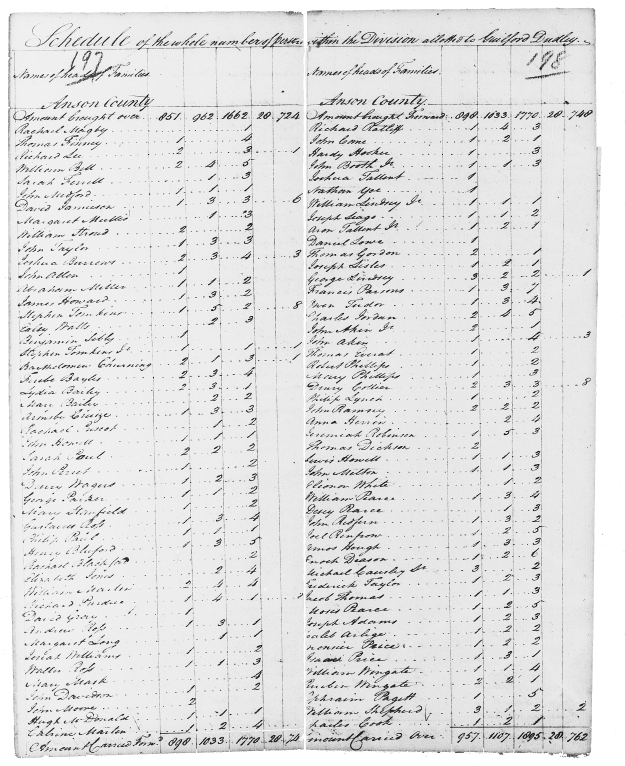 For Jacob Thomas in Anson, there’s no smoking gun, no proof solid evidence that he’s our guy. However, Jacob Thomas is living amongst others who had migrated from or through Wake County from further north in Bertie/Edgecombe Counties. And in Wake County there is a Jacob who lived near to and joined road crews with other Thomas family who we now connect via DNA. The Clerk of Court’s office in Wake burned and therefore we have no record of Jacob buying or selling land. He’s there in early 1770’s and disappears just in time to be the Jacob who shows up in Anson to enter land there in 1779. It’s my belief he is either the father or brother to Benjamin Thomas of Anson.